have questions?
we've got answers

q: What is an electric bike?

Electric Bicycles are still bicycles, but they have motors which reduce the effort required to ride the bike. Power is applied when you first turn the pedals which makes riding up hills or into headwinds much easier and more enjoyable. The benefit of e-bikes is the rider is in control of how much effort they want to put in, the power delivered from the motor is controlled from the display on the handlebars. You stay in control of how much work the bike does vs how much effort you want to put in.

q: Why should I get an electric bicycle?

Electric Bicycles give you the freedom to explore much further than you would riding a traditional non-electric bike, you will be able to go much further and because e-bikes make light work of steep hills or headwinds you will find new places to visit. You choose how much work you want to do at anytime during your ride, increase power for hills with Turbo mode, or tackle every other hill on Eco mode for exercise. The choice is yours.

The UK Legal limit on an electric bicycle is a very reasonable 15.5mph, any faster the motor simply stops assisting. So you can still fly down hills at 30mph+ like on your old bike, as soon as you slow to 15.5mph or less the motor starts again keeping you cruising at a consistent speed.

We don't think so, and once you have tried one we're sure you'll agree. E-Bikes still allow you to keep fit despite the assistance from the motor, by allowing you to go further. Electric bikes are designed to assist your ride, and as you choose the power setting, you will find you can get just as fit on an e-Bike as you can will a traditional bike even on the highest setting.

The motor is the part of the e-Bike that assists you as you ride, it applies power to your pedals and adds a user determined percentage of assistance while your ride. For instance Bosch Active Line motors apply 250% assistance in Turbo mode, which means whatever effort you're putting in multiply by 250%.

q: Are all motors the same?

Not all e-bike motors are made equal and their cost is determined by their quality. There are three main motor placements; Hub Rear, Hub Front and Mid-Drive. Hub motors are found on the budget to mid-range e-bikes and perform their duties very well. Hub drives are typically on the low to high torque scale and are capable of propelling you and your e-Bike uphill or through headwinds and take out a percentage of effort on the flats too. Mid-Drive motors are where things get interesting, and more fun! Mid-Drives, Centre-Drives or Crank-Drives as they are known produce much more torque than Hub Drives can deliver and they do it by driving the crank arms as opposed to pushing or pulling the e-Bike via the wheel hubs. This method allows a much smoother ride and a more premium feel. Mid-Drives typically produce from 40-85 newton metres of torque power, compared to 30 on average for the average Hub-Drives, which means you can ascend hills at a much greater pace, power through headwinds faster and gather speed much faster under greater strain. Mid-Drives typically also feature torque sensors which measures the pressure you're applying to the pedals to give you appropriate assistance for the conditions. This also has the added benefit of reducing battery consumption and allowing greater range.

q: How do I know what battery I need?

Batteries typically start at 400 watt hours, some in-tube batteries which fit inside the frame are as big as 625wh or even 750wh. If you're considering one particular motor then the bigger the battery the longer the range will be. If looking at different motors, then depending on which motor it's paired with, the range will be affected. Some motors are much more efficient on battery consumption than others, think BOSCH. Typically mid-drives with Torque sensors produce the longest range. We recommend you decide how many miles you expect to do on average and then double it, this should give you an idea of what motor/battery combination you should choose.

q: What range can I expect?

The range you achieve from your bike will generally be determined by the motor and battery combination you choose but generally speaking most e-bikes can achieve around 35-40 miles. Some e-bikes, typically mid-range to higher end, are able to achieve up to 135 miles in Eco mode (Typically 40% assistance). Range is also affected by rider height and weight plus the conditions you're riding in. If you plan to stick to the road your range will be higher than those looking to do most of their riding off-road. Hub gears will also affect the range, so generally we recommend going for the biggest battery and most efficient motors you can.

q: Which brand is best?

There are several e-bike motor manufacturers, some of the best include Bosch, Shimano and Yamaha that produce systems that are very evenly matched in terms of build quality and reliability. Generally speaking Bosch drive units are highly rated for their quality and longevity. Bosch also tend to achieve the greatest range, by being efficient on battery consumption often able to achieve up to 135 miles on a 625wh battery. Bosch also provide updates throughout the year to further increase the efficiency of their motors and add updates when they become available. This makes Bosch e-bike systems highly recommended and is something other manufacturers typically don't offer. Yamaha and Shimano e-bike systems are not far behind and can achieve up to an impressive 100 miles range in the eco mode setting from their larger batteries. Although not quite as long-range as Bosch, Yamaha motors produce 'punchier' acceleration than Bosch motors and are typically favoured by off-road enthusiasts for this reason.

q: Should I buy a spare battery?

We generally recommend you buy an e-Bike with the longest range available, this will allow you to go further whenever you want and has the added benefit of charging less often. Spare batteries can be purchased, and for some e-Bikes they can be mounted to the bike in the form of a range extender which effectively doubles your range. Generally speaking the motor/battery combination on your chosen bike should be your first consideration, keep in mind the highest modes of assistance will reduce the bikes range. Bosch have an excellent range estimator which you can find on the product page.

The type of e-Bike you need will be determined by the terrain you're looking to ride on. For road riding, the Tourer range of e-Bikes provide everything you need with the added benefit of being able to tackle light trails. Hybrids or Trekkers are ideal for all types of terrain and their primary feature include a moderate riding position with wider handlebars for better handling and also feature grippier tyres. Mountain Bikes are also popular with people that have no intention of going anywhere near a mountain and can even be fitted with more appropriate tyres for road use. Some eMTB's also feature fitted mudguards, lights and a stand. Extras you normally don't find on mountain bikes. That said, they can be easily added to any eMTB as required.

q: What if I want to ride the roads?

Our Tourer range of e-Bikes are designed for road riding and feature motor and battery combinations appropriate for road use. Most tourers have 700c wheels, which are best for road riding and a range of gears suitable for the condition you find on-road. Tourers also feature the option to have either Derailleur gears or Hub Gears. The benefit of Hub Gears is you can change gear in a stationary position which is ideal if you've stopped suddenly and find yourself in the wrong gear, especially on a hill. Tourers also feature a more upright, or Relaxed, riding position which is favoured by leisure and occasional cyclists. You'll also find unisex Step-Through frames in the Tourer range which make getting on and off your e-Bike much easier, especially if you have large pannier bags on your rear rack.

Off-Road e-Bikes start at the Trekking range (Hybrid), then to the Hardtail and Full-Suspension e-Bikes all capable of tackling more advanced trails. Whichever type of off-road riding you're planning, there is an e-Bike to match.

q: Do I need suspension?

Suspension, particularly Full-Suspension, isn't just for off-road enthusiasts it can also produce a more comfortable ride by cushing and flattening the terrain ahead including on-road riding. Bergamont and Scott produce an excellent full-suspension range of Cross Country style e-Bikes suitable for trail riding and, as they have a low profile tread pattern, great on road too. But you don't need full suspension to enjoy some of the benefits of a cushioned ride. Front suspension, found on a lot of e-Tourers, can be paired with a suspension seatpost. Suspension seatposts simply replace the standard post and offer a bit of spring to absorb the worst of the shock.

get in touch have more questions or need help finding the right e-bike?
To Top
spotlight 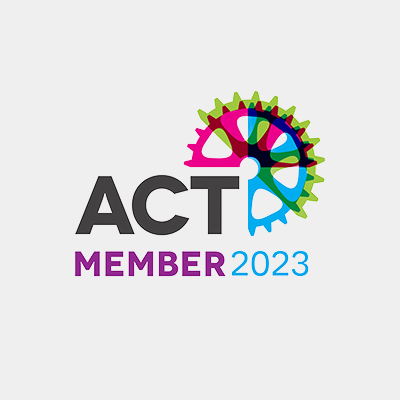 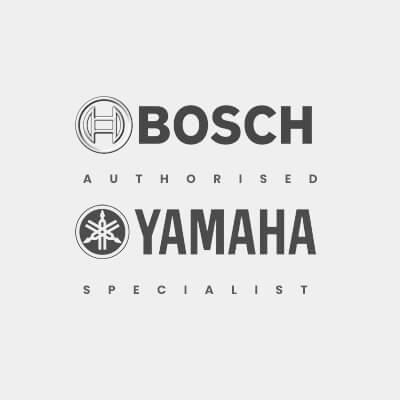 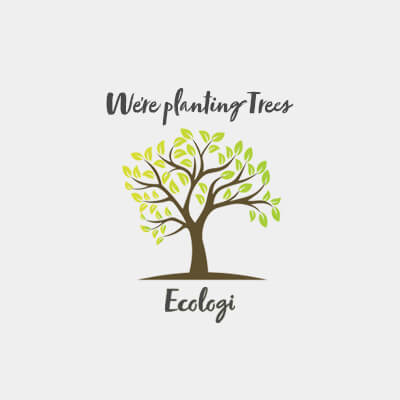